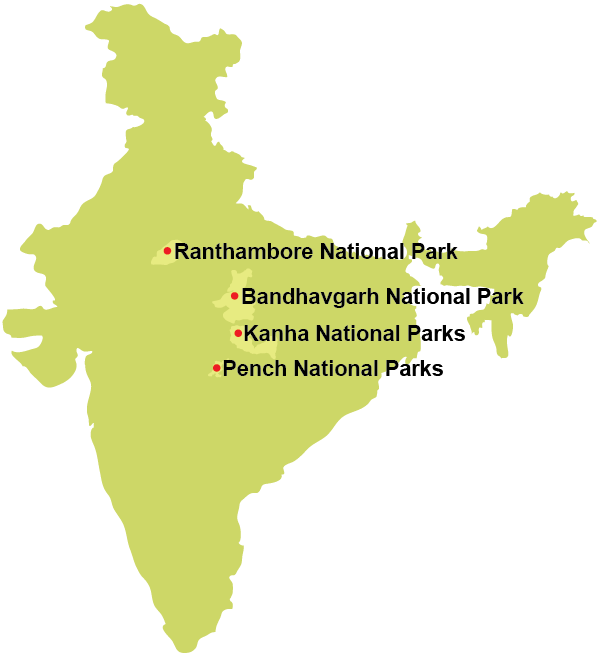 India-the land that evokes flights of imagination and curiosity, a canvas of spectacle and colour. Conquered by a succession of native kingdoms and often overrun and inhabited by invading armies of Central Asian origin. India was ruled by the Mughals and finally the British. Transformation has been never ending and the results are deeply and visibly etched in today’s milieu. A profusion of races and cultures, and the magnitude of their legacies, are evident today. This extroverted journey takes the traveller along a richly historic route: full of lore and splendour; punctuated by photographic attractions and features varied sightseeing and sojourns in historic places.

Being one of the seventeen megadiverse countries in the world, India offers a wide range of wildlife experiences in an area of 3.2 million sq km. With 120 National Parks,18 Bio-Reserves and more than 500 Sanctuaries spread all over the country, India offers a great opportunity for the wildlife enthusiast to enjoy wildlife experience with great diversity. The Bengal & Indochina Tigers are the highlight while Asiatic Lions, the Indian Leopard, Indochinese Leopards, Snow Leopards, Clouded Leopards,  alongside various species of Deer: including Chital, Hangul, Barasingha; the Indian Elephant, and the Great Indian Rhinoceros - are on a list of must-see wildlife encounters, with many species native to the country.

Our extended wildlife experiences in India have been blended with the handpicked National Parks in Madhya Pradesh which boasts of: 9 National Parks, 6 Tiger Reserves and 25 Wildlife Sanctuaries that would offer a life changing wilderness experience. Given its formidable and impressive diversity, Madhya Pradesh is one of the most exciting wildlife destinations in India. 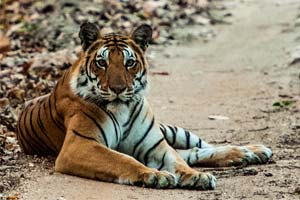 Set amongst the Vindhya Hills in Madhya Pradesh, Bandhavgarh National Park is world renowned for its large population of Royal Bengal Tigers. Recent history connected with the Park says that it was a game preserve of Maharajas and their guests. A prehistoric connection, dating back to the Legend of Ramayana, states that the area was to be given by Lord Rama to his brother Laxman to keep a watch on Lanka (present day Sri Lanka)

A mixture of bamboo, grassland and a complex of deciduous forests make the Bandhavgarh National Park home to 150 species of avi fauna. Among the other wild animals to be seen are: the Sloth Bear, Langur Monkeys, Nilgai, Chausingha, Chital, Chinkara, Wild Boar and wild dogs. The Park is also the site where the famous White Tigers of Rewa were discovered.

Located in Rajasthan, Northern India, Ranthambore National Park is well known for its prized Bengali Tigers and is recognised as one of the best national parks in India to sight them in their natural habitat. The historic Ranthambore Fortress 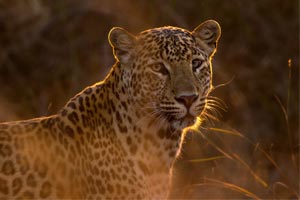 (which was built in10th Century AD) lies within the Park and is one of the highlights to see - apart from Bengali Tigers. The Park then offers a very special experience: where the present day wildlife meets the vibrance of a historical past.  The Park got its name from the Ranthambore Fortress. The nearest Airport is in Jaipur - located 140km away and the nearest Railway station, Sawai Madhopur Railway Station - is just 11 km from Ranthambore National Park.

The safari rides operate daily: in the morning (6.30 a.m.) and evening (2.30 p.m.) and marks the best times to spot those Big Cats. The safaris could be carried out in 20 seater open top canters or 6 seater open top gypsies.

Other animals you should look out for include: the Indian Leopard, Nilgai, Wild Boar, Sambar, Striped Hyena, Sloth Bear, Southern Plains Gray Langur, Rhesus Macaque, Mugger Crocodile and the Chital. The Ranthambore National Park is also home to an impressive variety of birds, reptiles, trees and plants,including one of the largest banyan trees in India. 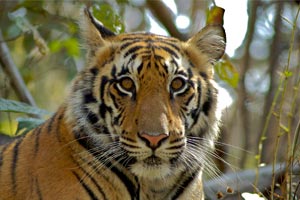 Our 5 or 7 Nights wilderness experiences covering 2 National Parks in Madhya Pradesh, in India. It s a tour of great opportunities to Wildlife enthusiasts, as you get the unique chance to witness Royal Bengali Tigers in their natural habitat. Bandhavgarh National Park offer a special wildlife experience, as it blends with its pre-historic connections to Ramayan. 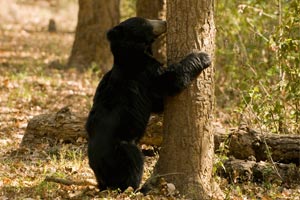 A combination of Bandhavgarh, Kanha & Pench National Parks in Madhya Pradesh state, in the heart of India, offers a great wildlife experiences blended with history, for those who seek an extraordinary adventure. Bandhavgarh National Park has been linked to the prehistoric Ramayan Legend while the area of the present Pench Tiger Reserve has special mention in the document that recorded the Administration of the Mughal Empire in the 15th Century. At the same time, it has been the setting for the world renowned Collection of Stories; Jungle Book by Rudyard Kipling. 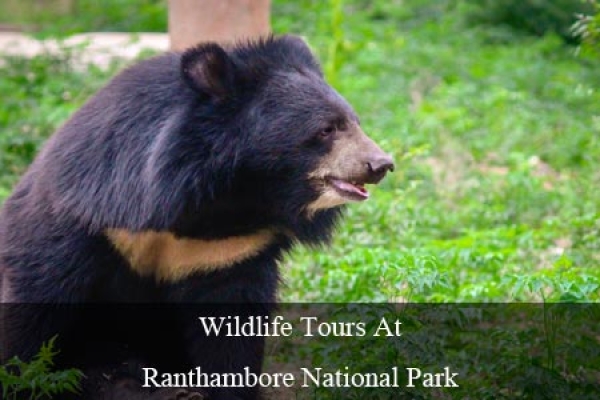 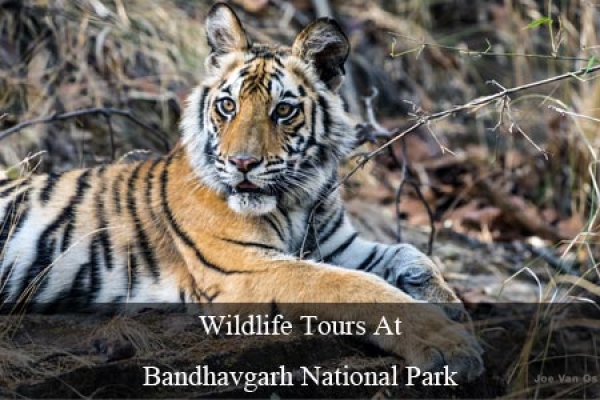 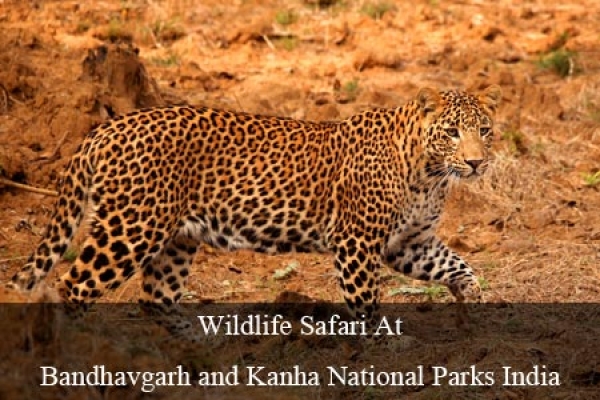 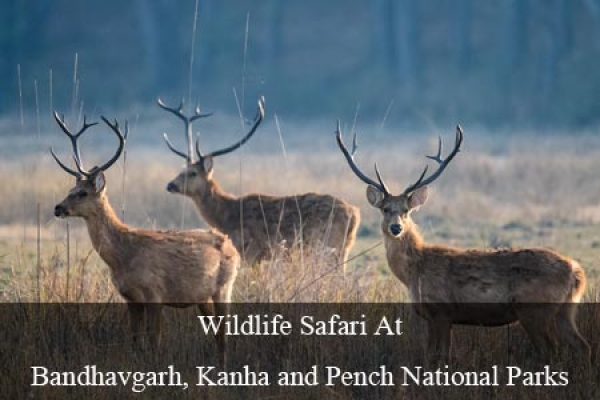