The Best of Sri Lankan
Culture, Heritage, Wildlife, and Beaches in One Tour

Experience the best of what Sri Lanka has to offer in this amazing journey capturing the most attractive sights in the emerald isle. For such a small country, Sri Lanka has a lot to offer in terms of culture, heritage, wildlife, and of course, beaches.

The ancient Sigiriya Rock Fortress will dazzle you with its impressive size, and even more remarkable story. A climb to the top includes a number of wonders, from the “Mirror Wall” to the magnificent frescoes. The view from atop the monolith is unlike any other.

The Temple of the Tooth Relic in Kandy is the most sacred of places for Buddhists all over the world, for it is there that a fragment of a tooth recovered from the funeral pyre of the Buddha himself, is enshrined.

Take one of the most scenic hillside train rides from Kandy to Nanu Oya near the garden city of Nuwara Eliya. This train ride will give you the opportunity to pass by tea plantations, mountainous terrain, waterfalls, and small villages.

Sri Lanka is a wildlife hotspot, with a biodiversity index that is higher than most countries of its size. Yala National Park is the most visited area for wildlife in Sri Lanka, and with good reason – it is the best place anywhere in the world to see wild leopards. Among the other inhabitants of Yala are sloth bears, elephants, and a great variety of bird life.

Just off Galle is Mirissa, a hotspot for whale and dolphin watching. Relatively unknown until a few years ago, Mirissa now offers what experienced dolphin and whale watchers say is the best opportunity to see these magnificent and intelligent marine mammals.

Colombo is Sri Lanka’s largest, most populated, and busiest city. The mix of colonial-era buildings and rapid modernisation over the past few years has made it a colourful yet charming metropolis. Take a tour of the sights and sounds of Colombo, and engage in some banter with the locals as you go on a shopping tour.

Wildlife Tours Sri Lanka promises that this tour will be among the greatest and most memorable escapes to a tropical island that you have taken in your life. 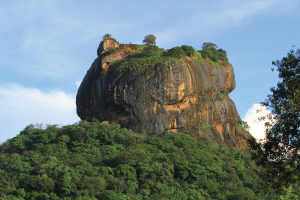 On your arrival at the Bandaranake International Airport, you will be received with a warm welcome to Sri Lanka. From here, you will be transferred to Sigiriya, which will entail a 4 to 5 hour road trip. On arrival, you will spend the night at a hotel close to Sigiriya. Recovering from a long flight is important as you prepare for a busy tour over the next few days, and so the first night will be spent relaxing and acclimatising.

Day 2 is all about culture and heritage. After breakfast, your morning will include a tour of the Sigiriya Rock Fortress, a monolith converted into a secure fort by King Kashyapa, who reigned for 22 years.

The highlights of Sigiriya include drawings of “Apsaras” or Celestial Nymphs, of which about 20 remain to this day. It is believed that the entire rock was covered in these drawings, making it the largest single work of art ever created. The mirror wall, visited from the 6th to the 14th century, reveal the comments of the impressions made by the damsels depicted on the wall. The dilapidated ruins of the king’s palace at the top of the rock capture the extent and grandeur of the palace, that once was. 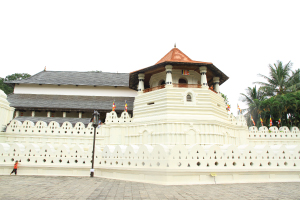 From Sigiriya, you will move on to Kandy, where more history and culture await you. The Temple of the Tooth Relic (Sri Dalada Maligawa) is the most sacred site for Buddhists the world over, as this is where the most important object in the Buddhist world, a tooth fragment recovered from the funeral pyre of the Buddha, is located. The relic itself is kept in a golden casket amid heavy security in the Inner Chamber of the temple. The temple complex is adorned with paintings and sculptures depicting the life of the Buddha.

Kandy also offers the opportunity to see a few traditional Kandyan dances at one of the city’s cultural performance centres. A troupe of dancers in vibrant costumes, accompanied by drummers, will give you a spectacular display of Kandyan dancing - leaving you mesmerised. An eventful day will wind down, at the hotel you will be spending the night over in Kandy. 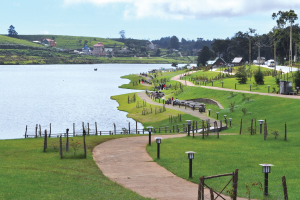 Day 3 is dedicated to the natural beauty of Sri Lanka. Following breakfast, the morning’s highlight will be the scenic hillside train ride from Kandy to Nanu Oya. Witness the beautiful landscape change and open up before you: from flat terrain to mountains, waterfalls, rivers and lakes. Tea Plantations are aplenty, as this area is famous for producing the world’s best tea. Nanu Oya, the final destination, is 5 miles (8km) from the picturesque town of Nuwara Eliya. Look out for a very nice view of the famous Adam’s Peak, about 1½km from the station. Your Overnight stay will be arranged at a hotel in Nuwara Eliya

Day 4 will start off straight after breakfast. You will be transferred to the Yala National Park. There will be a stop en route in Ella, to stop at the picturesque Ravana Falls. And thereafter continue to Big Game Camping Yala. An evening Safari at Yala gives you the chance to see leopards as they come out of their daytime slumber. Leopards may be the star attraction at Yala, but elephants, sloth bears, deer, jackals, wild boar, and a few hundred varieties of birds can be found throughout the National Park. After the evening Safari, you will head back to Big Game Camping Site Yala, where you will spend your overnight day. 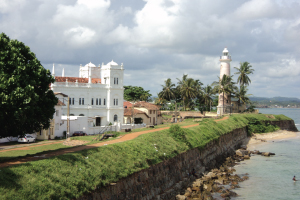 You will be transferred to Galle after breakfast at Yala. Galle  is the largest city and considered the southern capital of Sri Lanka. The main attractions in Galle include: the 17th Century Dutch Fort (a World Heritage Site) with a culture and style of its own, beautiful and rustic houses and shops built in the Dutch colonial style and narrow lanes paved neatly with cobblestone dating back in time. Galle city itself is a bustling place and due to its location on the coast, it is a major hub for fishing, transport, and culture in Sri Lanka.

During the late afternoon, enjoy and relax in Unawatuna; one of the best beaches in the world. The calm waters of Unawatuna Bay and Thalpe offers you a chance to lie down and catch some sun, go for a long walk on a beautiful beach, or just dive into the still waters. Unawatuna is great for diving and snorkelling as well. Look forward to sundown and dinner at your overnight stay at an Unawatuna/Galle hotel. 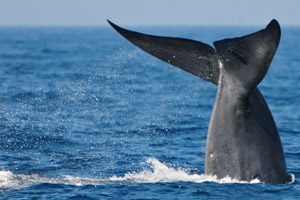 Your last full day starts in earnest in the small town of Mirissa, a few kilometres from Galle. It is the perfect place to get an organised whale and dolphin watching tour, which happens early in the morning. Wildlife Tours Sri Lanka provides you the opportunity to see these marine mammals up close in their natural habitat. Several species of dolphins, such as the Bottlenose and Spinner, and whale inhabit these waters. Sri Lanka’s coast has the largest colony of blue whales anywhere in the world. They can weigh up to 180 tonnes and as long as 30 metres -  and Mirissa gives you the opportunity to see these giants of the ocean.

From Mirissa, you will be transferred to Colombo. The largest, busiest, and most populated in Sri Lanka, Colombo is a colourful city that grew from a small port town to being the most important centre for finance, trade, transport, education, and everything else in the country. A tour of Colombo city and shopping here should be taken up as shopping opportunities are aplenty – from street vendors to the more glitzy shopping malls – and bargains are to be had everywhere. Colombo city is a mix of colonial era and modern buildings, and rapid development over the past few years. Your adventurous tour will wind down with your last overnight stay in Colombo.

On Day 7, you will be taken to the Bandaranaike International Airport after breakfast,  for your departure from Sri Lanka

COST OF THE TOUR

Triple Room Reduction - General Period
158 US $ Per Person
Please note that there will be a Summer Peak Supplement (Per Person) from 1st July to 31st August.

Triple Room Reduction - General Period
179 US $ Per Person
Please note that there will be a Summer Peak Supplement (Per Person) from 1st July to 31st August.

OUR RATES DO NOT INCLUDE