Elephants in Sri Lanka are the largest mammals that are to be found on the island. They are one of the most enriching species of the world and there are national parks in Sri Lanka that are solely dedicated for your big game elephant safaris. It is unfortunate that the elephants in Sri Lanka are considered to be an endangered species because their survival is threatened due to various human activities. Elephant safaris in Sri Lanka can take place in various locations. It would be up to you to select the place in which you would like to observe these gentle jumbo creatures. Although we highly recommend that you visit the elephants at the Udawalawe National Park.

Elephants in Udawalawe are a guaranteed sight for anyone interested in a fulfilled elephant safari. This is the third most visited park in Sri Lanka and even on the shortest Elephant safaris in Udawalawe you can come across herds that would gather to feed and bathe at the waterholes. A 2011 census revealed that there are 5,800 elephants in Sri Lanka. Out of this an estimated 600- 700 elephants can be found residing in the Udawalawe National park. The elephant safaris in Udawalawe are not confined to just elephants. It is home to so much more species due to the varied habitats in the park. On a visit you would probably come across the endemic Toque Macaque or even the Sri Lankan leopard that is not spotted very often. Another rare animal that you can find on your Elephant safari in Udawalawe is the Sri Lankan Sloth Bear. The variety of birds, some endemic, will leave you amazed while fish, reptiles and amphibians can also be observed.

At the Yala and Wasgamuwa National Park there is a substantial Sri Lankan Elephant population which is recognised as a subspecies of the Asian Elephant. At Yala these elephants can be seen in large herds with baby elephants in tow while in Wasgamuwa the elephants are of a different nature as they are completely wild and have a limited exposure to safari jeeps. Elephant safaris in Sri Lanka can also be extended to a boat ride. This is possible only at the Gal Oya National Park as it borders a reservoir and many little islands can be seen. Here the elephants swim from one island to another with their trunks out of the water as they use them as snorkels, an intriguing sight for anyone on wildlife safaris. 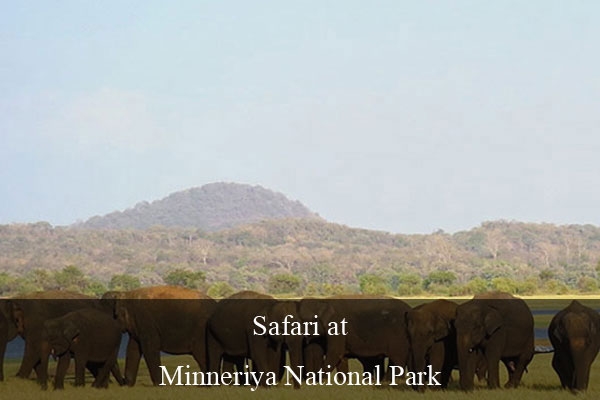 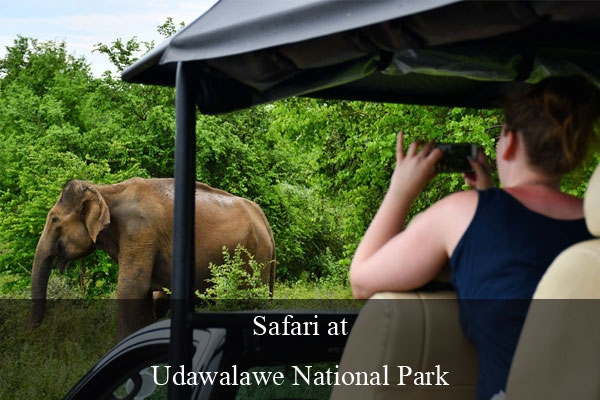 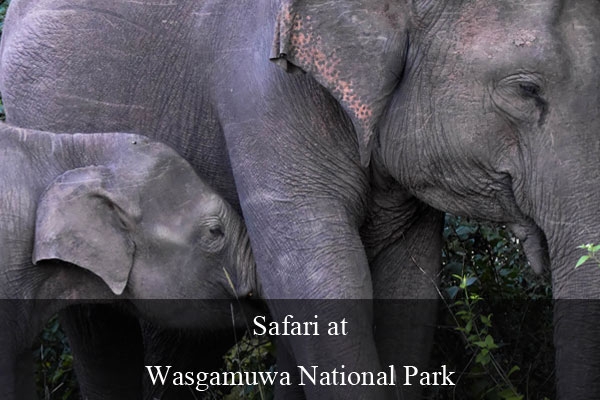