The sloth bear (Melursus ursinus) was originally classified as belonging to the sloth family (Megalonychidae and Bradypodidae) in the 1700s, thus named bear sloth. This error was not discovered until the first specimen of the bear was shipped to Europe from India in 1810.

The Sri Lankan Sloth Bear (Melursus ursinus inornatus) is a subspecies of the Sloth Bear which is found mainly in lowland dry forests in the island of Sri Lanka.

Sri Lankan Sloth Bear has thick shaggy fur that is black colored. Its ears are lined with long fur and it has a long snout, a long tongue, round eyes, and a large nose and a V or Y shaped marking on the chest. Its head resembles a domesticated dog.

Their paws are equipped with well-developed hooked claws that enable them to climb trees and dig for termites. The head and body grows up to 6 feet in length, and can weigh up to 225-300 pounds for a male and 125-200 pounds for a female.

Sri Lankan Sloth Bear uses its excellent sense of smell to locate food. They feed predominantly on termites and ants and employ a well-evolved method to dig them out. Their claws are larger than most bear species. Long, curved claws are used for penetrating nest mounds, which can be rock-hard. Once they have opened a hole, specialized adaptations help them find their food. They blow away excess dirt then noisily suck out the insects through a gap in their front teeth. To do so, they close their nostrils and use their lips like a vacuum nozzle.

Apart from insects, sloth bears feast on a variety of fruits such as ‘Palu’ (Manilkara hexandra) , ‘Weera’ (Drypetes sepiaria), etc. They are also known to climb up trees to get at bee hives. They will also eat leafy plants, nuts, vegetables and rodents.

The Sri Lankan Sloth Bear does not hibernate due to warmer climates and the availability of food sources throughout the year.

The breeding season for Sloth Bears varies according to location. In India, they mate in April, May and June and given birth in December and early January, while in Sri Lanka it occurs all year. Gestation period is about 210 days. Litter size is usually 1 to 2. Although there have been rare sightings of up to three cubs being nurtured by a single mother. This is extremely uncommon and an extra challenge for her. Cubs stay with the mother for 2 to 3 years and like to hitch rides on her back.

Lives throughout the dry lowlands. In the past, they were known to make movements up into the hills in search of food during times of extreme drought. Sri Lankan Sloth Bear is not territorial. Males and Females share their territories with other male and female bears.

The Sloth Bear is native to Nepal, Bhutan, India and Sri Lanka, the Sri Lankan Sloth bear is a subspecies that is endemic to the Island. According to the IUCN Red List of Threatened Species the Sloth Bear was found in Bangladesh but is now possibly extinct. 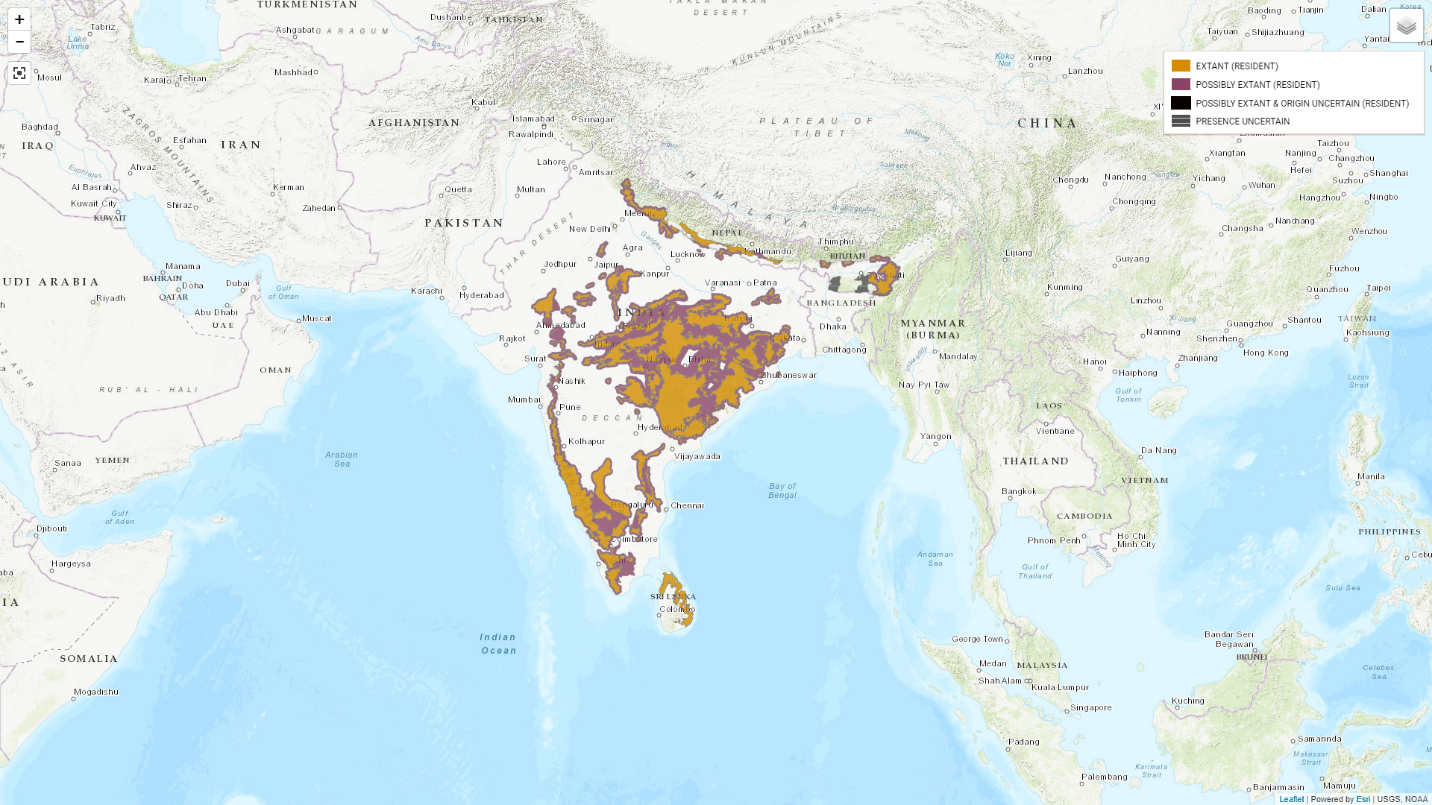 Sloth Bears are also hunted for their oil and other body parts. Anecdotal reports state that there are less than 500 Sloth bears in Sri Lanka

On a global context, the sloth bear is classified as Vulnerable by the IUCN and is listed on CITES (Convention on International Trade in Endangered Species).